A forum for all things Cardiff City
Post a reply
City1983

Just heard Phil has Passed away. A giant of a player.

Cardiff City legend Phil Dwyer has died at the age of 68.

The Cardiff-born defender was a product of the Bluebirds' youth academy and went on to become the first team's record appearance maker having played for the club between 1972 and 1985.

The iconic defender - who also won 10 Wales caps - ended his playing career with a brief stint at Rochdale where he made 15 appearances.

A club statement read: "Cardiff City Football Club is extremely saddened to learn of the passing of the club’s record appearance holder, Phil Dwyer, at the age of 68.

"Born in Grangetown, just a short distance from Ninian Park, Phil joined the club at the age of 16, having represented Wales at U15 level in the Victory Shield.

"Affectionately known as ‘Joe’ by friends, teammates and supporters, the central defender was offered his first professional deal on his 18th birthday by manager Jimmy Scoular, before making his First Team debut against Leyton Orient in October 1972.

"Phil soon became a regular in the City starting eleven, collecting three Welsh Cup winners’ medals during his time at Ninian Park. In the 1975/76 season, he was an integral part of Jimmy Andrews’ team which completed a rare ‘double’, winning promotion from the Third Division and lifting the Welsh Cup.

"In total, Phil spent 14 seasons as Cardiff City player, winning promotion to the second tier once again in the 1982/83 campaign. The previous year, 10,000 spectators had cheered him on at his testimonial match, which took place against Stoke City at Ninian Park.

"By the time Phil departed in 1985, he had made 575 appearances for the club, a record in the Football League era. A lifelong Bluebird, Phil was a frequent visitor to both Ninian Park and Cardiff City Stadium, and his presence at our home matches will be sorely missed.

"Our thoughts go out to Phil’s friends and family at this extremely sad time. On their behalf, we ask that their privacy is respected. 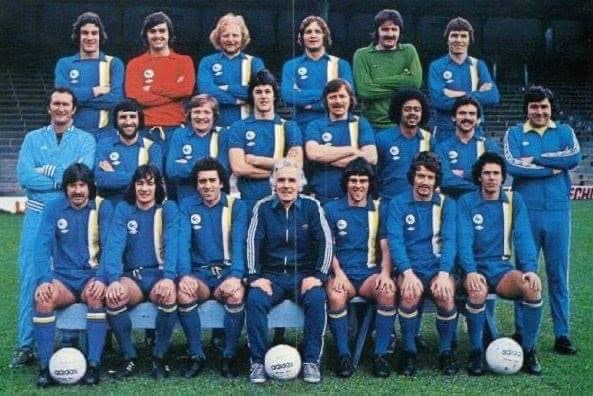 Noooo, so sorry to hear that. A giant and legend for the Bluebirds. Would play anywhere and gave his all for City
Bonner

That’s so sad. He was a top player in the first CCFC side that I supported in 1976.
A giant of a man on the field. Never met him but he seemed a too bloke who definitely had blue blood running through his veins.
RIP big man.
Nuclearblue

He was my hero growing up. My all time favourite player. A legend of a player and Mr Cardiff City. Met him a few times and he was a gentleman.
Remember him at the Ninian Pub where they had a vote who was our best defender and they declared the winner and Joe turned round to me and said who the f**k is Jason Perry ? I was crying laughing, what a player what a man

R.I.P Joey gave his all every time he played a true legend of our club.
worcester_ccfc

So sad , I grew up with him
Sven

This is so sad. Phil 'Joe' Dwyer was my boyhood City hero and I was lucky enough to meet him on many occasions

A genuine guy, who is a proper 'City Legend' having spent his whole career at Ninian Park (save 15 games on loan to Rochdale at the end of his career); declining a move to Stoke City (then under a certain Alan Durban) at one point

A Welsh international, he was a class player at both full back and centre half, as well as being no mean striker when in the opposition box

RIP, 'Joe' Dwyer; you will be missed but you will always be remembered

Gave everything for the shirt RIP Phil .
piledriver64

Gutted, he was a massive hero of mine as a kid.

Lucky enough to have a few drinks with him in the old Mid Glam Club on Westgate Street a good few years ago and he was just a genuine guy with no side to him.

He really would have run through a brick wall for us.

A sad, sad day for the club.
Sneggyblubird

This is sad news indeed. I grew up on the Bob Bank watching Joe and for me is he a proper City legend, the real deal. I called him years back as I wanted to get a signed copy of his book, we met and had a good chat at the CCS where he'd brought it in for me.

A talented footballer who gave his all for the shirt and a gent. The club must do something permanent to honour him, as he was the essence of what Cardiff City is all about - fighting for the shirt. And we loved him for it.

Rest In Peace Joe and thanks for the memories.

A very sad day for our great club, such amazing memories watching Phil from the bob bank.
bluesince62

Way too early, loved his passion for the club, a great player and a true LEGEND! RIP BLUEBIRD, FLY HIGH!
rumpo kid

Joe the Animal we always called him.. can still see that header v England at the Canton in 78/79.. yeah, get in there Joe.. RIP
theclaw

Very sad, I know Joey well as I grew up in Wenvoe and his wife was one of the "aunties" at my playgroup. Drank most weekends at the Wenvoe Arms with him and one day as a gift after my brother passed away suddenly I had hospitality tickets to see a City game where you have a City legend sit on your table with you and no prizes for guessing who we ended up with, the same Joey we would see down the pub anyways. I was lucky enough to know him, play football with him and hear many a funny story of his time as a player, police officer and more. Gutted this morning to see this. RIP Joey.
Last edited by CantonStandBob on Wed Dec 01, 2021 6:43 am, edited 1 time in total.
Forever Blue

I knew Joe ( Phil) from the age of 12 when I was going to away games and he lived in Wenvoe.
When I would travel to night games away he would come out before kick off and would hand me a handful of complementaries.

Joe swallowed his tongue and nearly died on the pitch away at Gillingham, playing for the Bluebirds, but thankfully he survived, what a battler

Joe wrote the forward in My first book Shattered Dream

RIP MY FRIEND, YOU WILL BE SADLY MISSED BY ALL 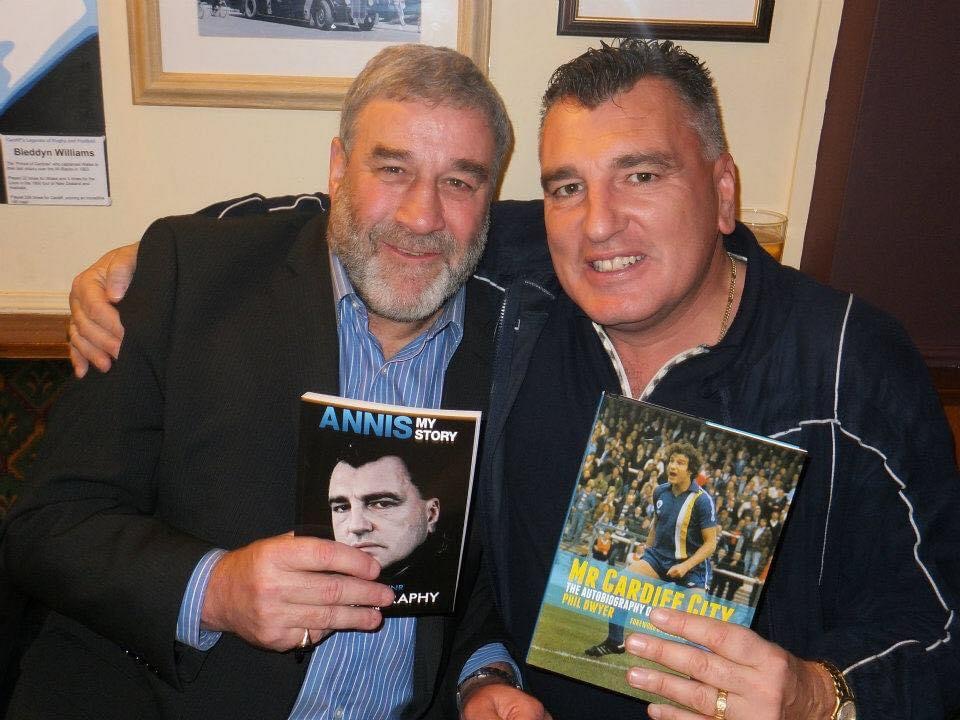 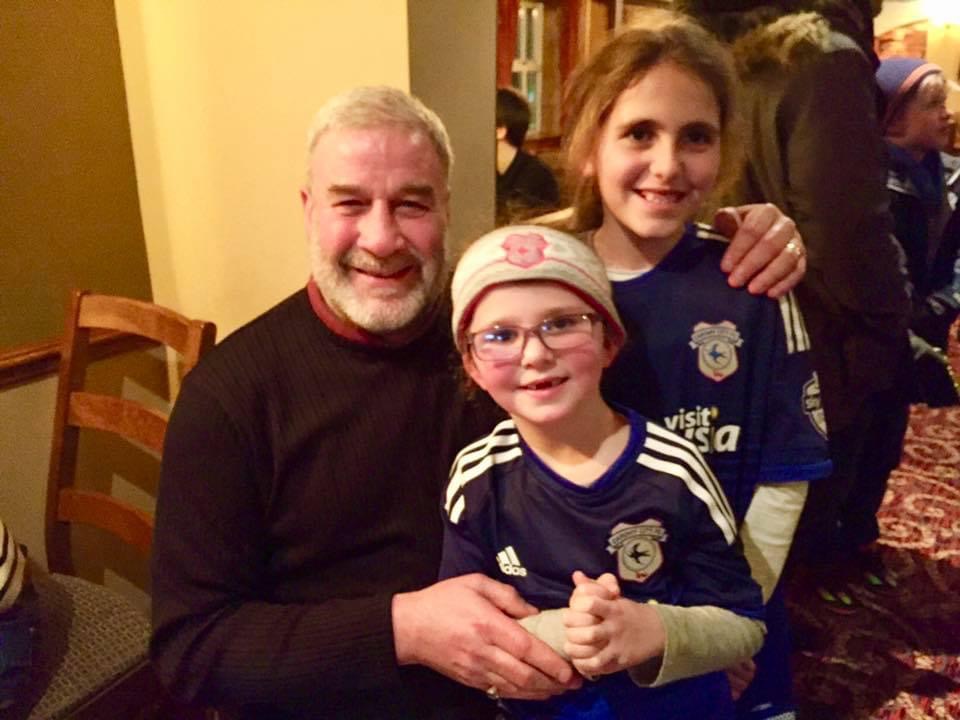 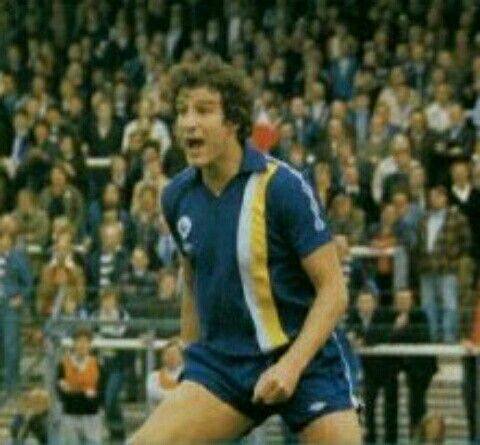 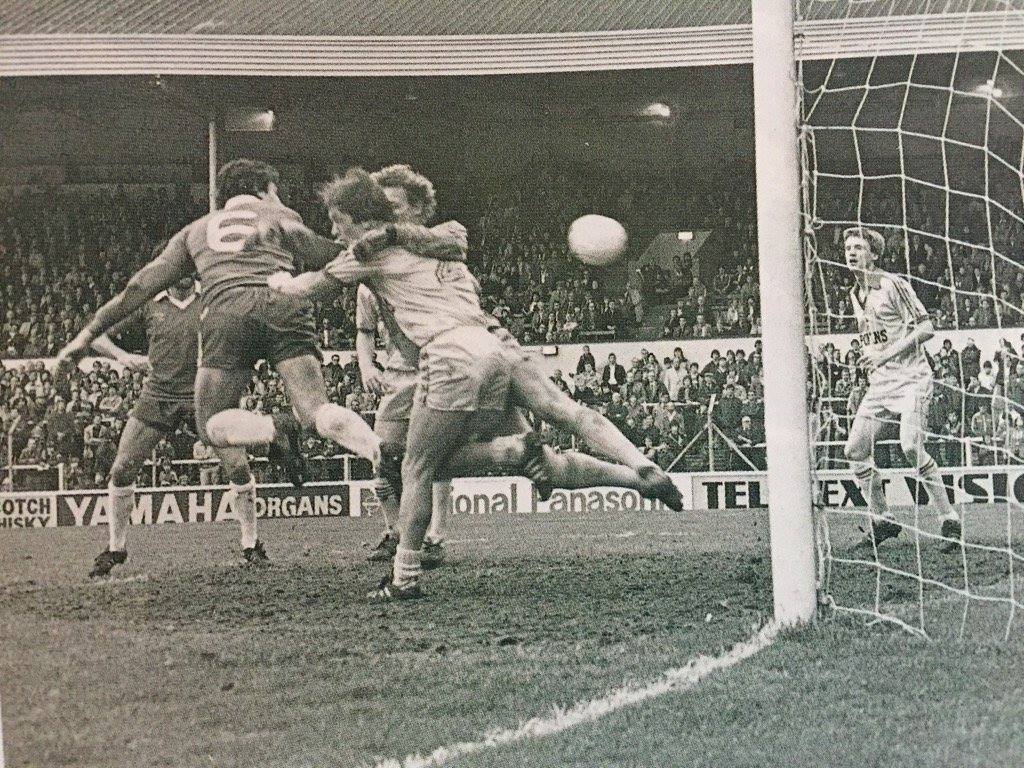 Very sad to hear Phil Dwyer has passed away a true Cardiff city legend when they sing he’s one of our own he truly was one of our own a grangetown lad who gave everything he had for his boyhood club .I even had the privilege to play against him rip Phil fly high bluebird
Barclay1

Very very sad. One of my first ever CCFC heroes. Took over the RB birth from Gary Bell.

Barclay1 wrote:Very very sad. One of my first ever CCFC heroes. Took over the RB birth from Gary Bell.

An absolute mountain. Honest hard working grit. Unlike many of today's players.

A minor correction. Gary Bell was a left back. It was Dave Carver who Phil took over from
Ninian27

A born leader and loyal servant to the Bluebirds RIP

Barclay1 wrote:Very very sad. One of my first ever CCFC heroes. Took over the RB birth from Gary Bell.

An absolute mountain. Honest hard working grit. Unlike many of today's players.

A minor correction. Gary Bell was a left back. It was Dave Carver who Phil took over from

Are you one of these who just comes on here to correct posters , but can’t say anything good or condolences to a true legend.

Hang your head in shame
castleblue 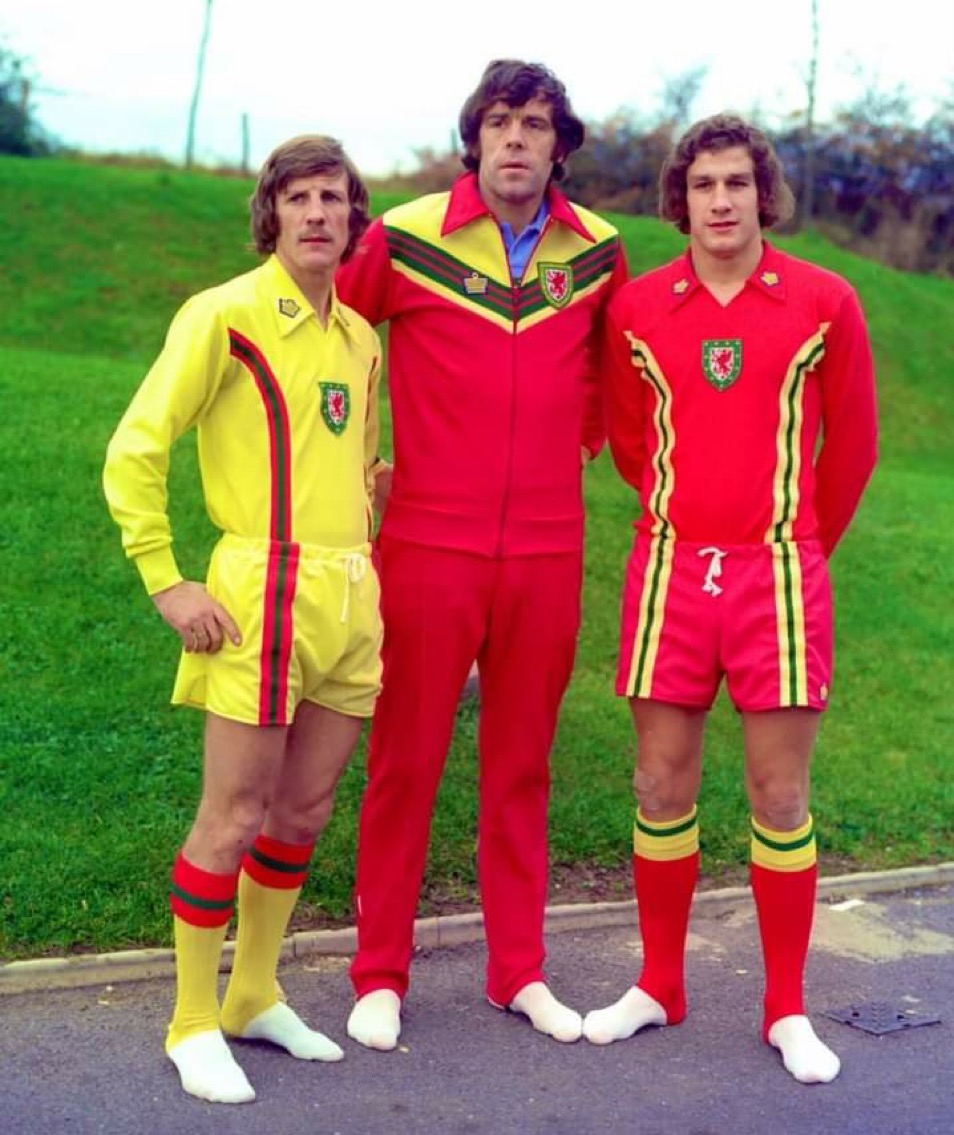