The family of footballer Emiliano Sala have condemned as "unacceptable" delays to the inquest into his death caused by the continuing Civil Aviation Authority (CAA) investigation into the fatal flight.

The 28-year-old Argentinian, who was involved in a multimillion pound transfer from FC Nantes in France to Cardiff City, was killed when the plane he was travelling in crashed north of Guernsey on January 21, 2019.

His body was recovered the following month, but the body of the pilot, David Ibbotson, 59, from Crowle, Lincolnshire, has not been found.

Matthew Reeve, representing Mr Sala's family, told a pre-inquest review held at Bournemouth, that they were unhappy at the delays caused by the CAA investigation, which he suggested had only begun following the conclusion of inquiries by the police and the Air Accidents Investigation Branch (AAIB).

He said: "The delay is, frankly, unacceptable. Emiliano's family have instructed me that they dearly and earnestly wish for the earliest possible hearing date."

Mr Ibbotson's wife, Nora, added: "The CAA have had quite long enough time to get their information together from what they have got from the police and AAIB."

Detective Inspector Simon Huxter, of Dorset Police, confirmed that no charges would be brought by the police in the UK in relation to the accident.

The force previously announced that a 64-year-old man from North Yorkshire, who had been arrested on suspicion of manslaughter, will face no further action.

A final report by the AAIB released last week concluded that the single-engine Piper Malibu aircraft suffered an in-flight break-up while being flown too fast for its design limits.

It added that Mr Ibbotson was probably affected by carbon monoxide poisoning.

Investigators found that a contributory factor in the crash was Mr Ibbotson having no training in night flying, and a lack of recent practice in relying only on cockpit instruments to control a plane.

And they found that he held a private pilot's licence that did not allow him to conduct flights for reward.

Charles Curtis, representing the Civil Aviation Authority, said its investigation was still ongoing and it would consider criminal regulatory charges at its conclusion, which could take until the end of the year, but confirmed it was not looking at "homicide or murder" offences.

He said: "I hope there hasn't been a misunderstanding that the CAA is only starting its investigation now. We now have primacy."

She said: "Unfortunately we are in a difficult situation because there are ongoing investigations, namely by the CAA, that are very relevant to my investigation and the inquest process.

"I would ask the CAA to work as quickly as possible, for the impact on Emiliano's family and Mr Ibbotson's family." 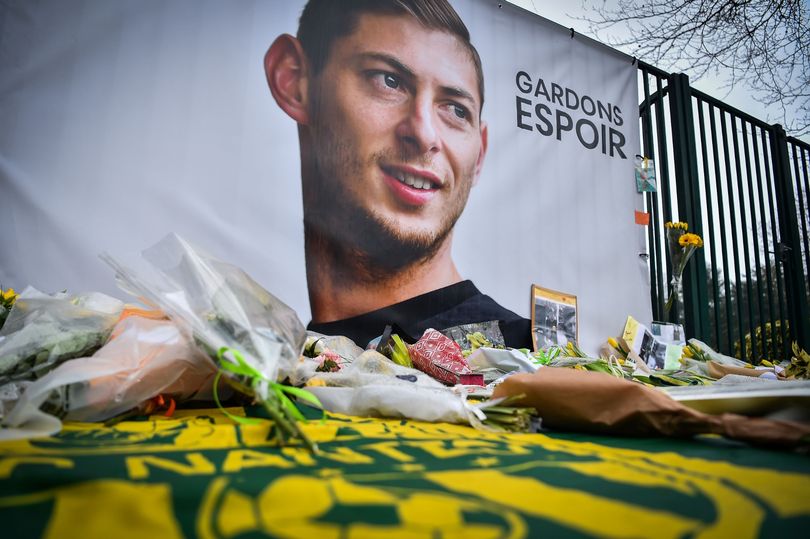 Completely understand what they're saying and feel for them.

But because of the current global pandemic and emergency, they are very likely going to have to wait a little bit longer.
Post a reply
Switch to full style